In this chapter, the samples taken from the dunes are analysed and projected in the form of results which will then be discussed and later a conclusion and advice drawn.

The pH of the soil has been measured by the project group in three different methods as it described in pH of soil samples section. The results of the measurements are represented in Table 1 pH results of soil samples.

One of the first measurements done was analysing the soil pH of the soil samples (Table 1). This is one of the most basic steps in soil analysis. Three different methods were used and the results show reasonable numbers without much deviation. All in all the soil pH is quite acidic ranging from 3-5, there are 3 samples with rather acidic samples with an approximate pH of 3, which are 1.1; 1.2 and 6.1. It is also worth mentioning that the samples with decimal ''.1'' is top soil, while decimal ''.2'' is bottom, this shows that bottom soil tends to be slightly more acidic than the top soil. From left to right, the table shows three different methods and it is clearly visible that the pH increases from the CaCL2 method to the KCL method and increases even further with the demi-water method. Acidic pH is not a problem, however it depends on what type of vegetation is in demand and what type of pH it required. In this case the soil is not just slightly acidic, but in some cases very acidic allowing only low pH requiring grass/plant species to dominate.

The ammonium concentration in the soil has been measure twice in two different condition. The samples were taken from the dry season when it was not raining for week on the National Park. The second batch of samples have been taken during the wet season when it was raining for 5 days in a row on the field. The location of the sampling points are represented on Figure 9 the sampling points.

The following maps (Figure 1 and Figure 2) show the sampling points for the wet and dry seasons of the ammonium and the nitrate concentrations in the soil respectively. The marks on the map show the location of where the samples were taken. The marks with a black dot inside them are the areas used by last year’s project group. 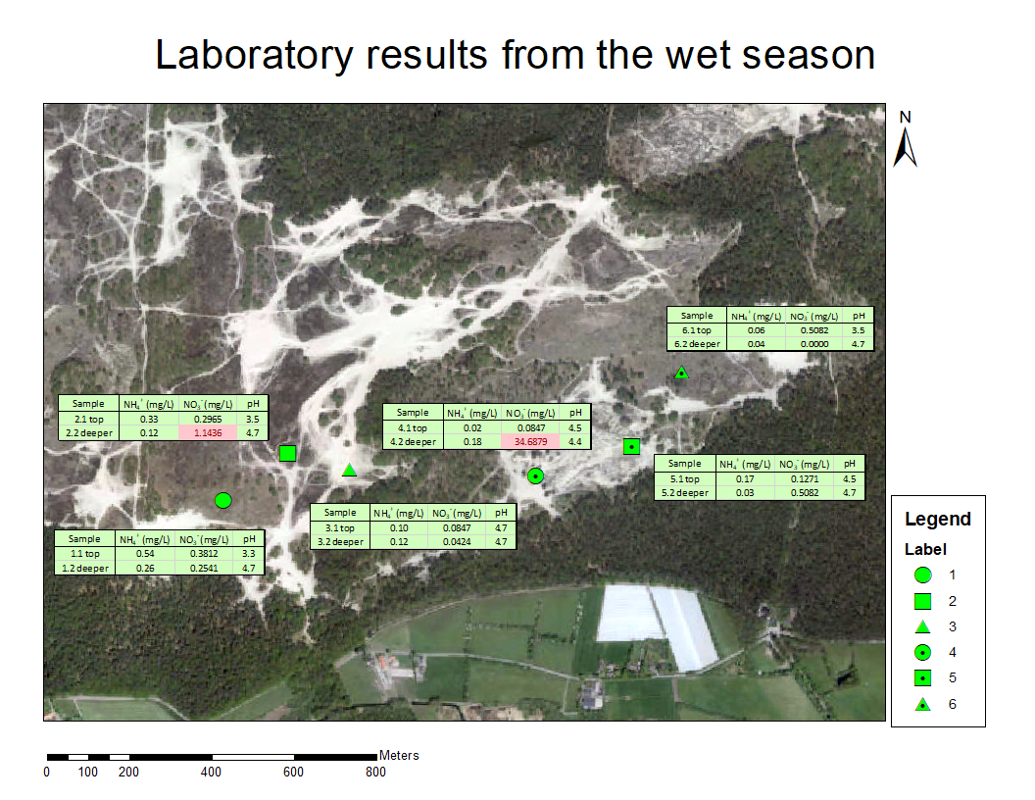 In this chapter the results from the GIS will be presented. These maps are all located in the area of study inside the National park the Loon and Drunen Dunes.

Figure 3 classification map 2011, 2015 and 2016 shows a comparison between satellite images of the National Park the Loon and Drunen Dunes and a classification map. The classification map was made by the project group in order to visualize the important areas regarding succession, in order to do so a time span of over three years has been looked at and compared. Each of these maps displays the entire area of trees, sand, grass and heather and since there are more than three variables, two colours were used in order make it less confusing. The vegetation (trees, grass and heather) is shown in different shades of green and the sand is cream colour and this was done for the year 2011, 2015 and 2016. When comparing these three years it is indeed possible to make a correlation with succession.

Figure 4 Vegetation changes in the last three years shows the percentage of tree, grass, heather and sand, which is on the y-axis while the x-axis shows the three time period of each variable. Based on this graph it is possible to see that the percentage slightly raised over time. More interestingly it is possible to see that the amount of heather has been steadily declining over the years. 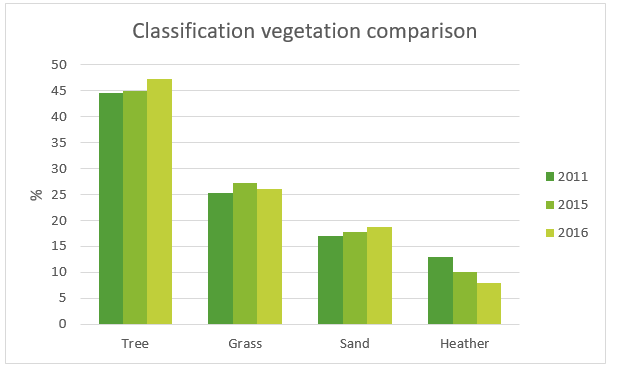 1.4.2.   Classification of the drone pictures

The stitched drone pictures were also classified thus, the project groups in the following years will be able to compare it in the future. The GIS layer has been also delivered to the RIVM client. 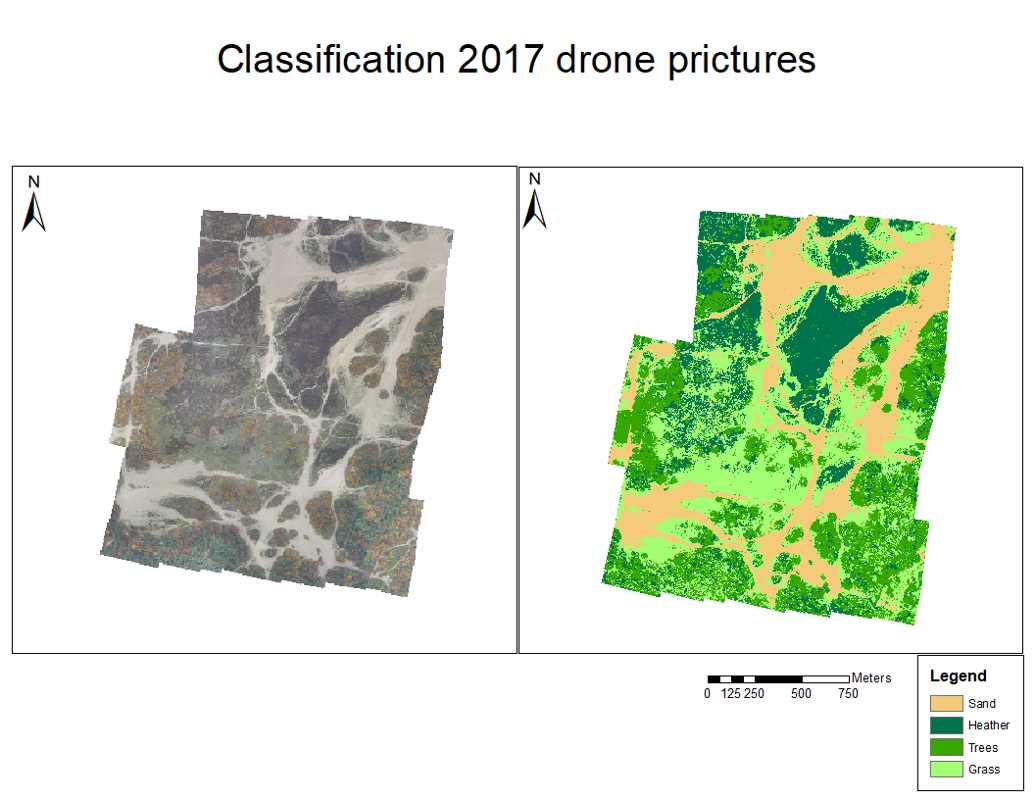